To know, before choosing a Rome airport hotel (Fiumicino Airport)

Before you choose to book a hotel at the airport you have to know that the Fiumicino airport is on the coast, very close to the sea, at a distance of about 25 kms from the center of Rome. The city center is connected by a direct train (Leonardo Express) that leaves the airport every 30 minutes. The trip has a duration of 35 minutes.

How many hotels, at the airport of Rome?

Inside the airport there is only one hotel: Hilton Rome Airport. All the other hotels that are considered “Rome Airport Hotels” require a transport service Shuttle offered by the hotel or a private taxi service. 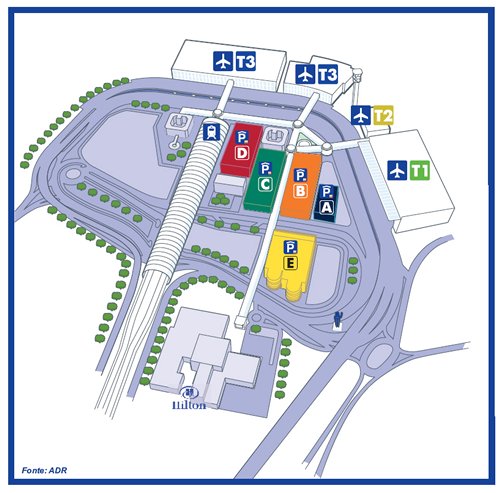 Other hotels near the airport of Rome are: Leonardo Da Vinci Rome Airport Hotel (Formerly Courtyard by Marriott Rome Airport), and a second Hilton, the Garden Inn; both have a shuttle service. Cheaper options are the Comfort Inn or Mach 2